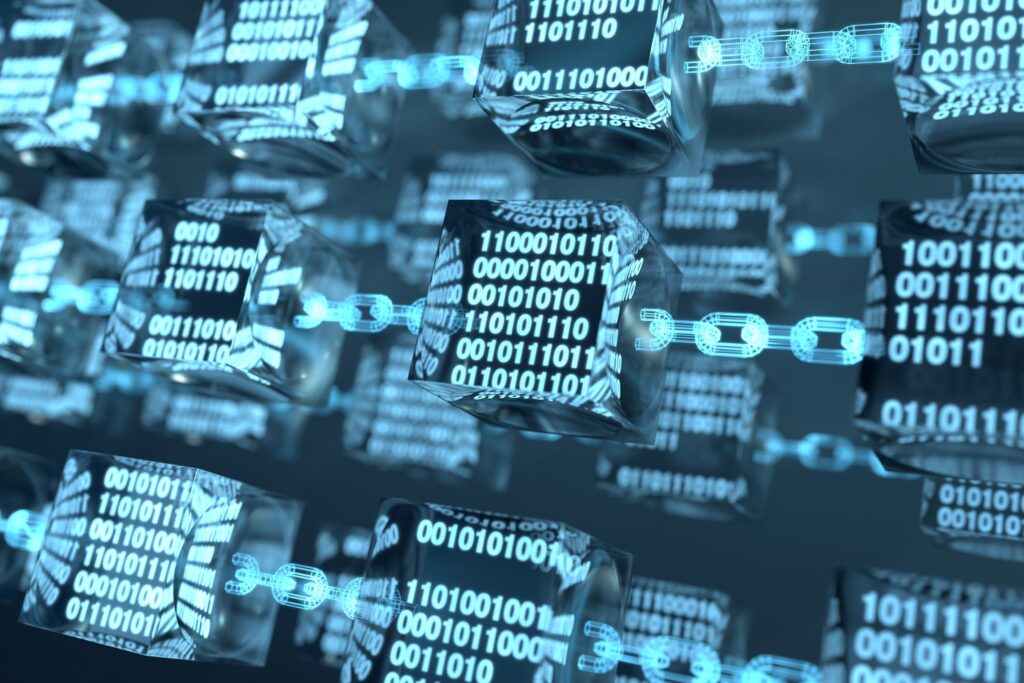 Blockchain has always been about data, even if it was initially conceived as a revolutionary payment and trade solution. The technology is still capable of handling massive amounts of data in an astounding manner.

Blockchain development services have the ability to significantly alter the way businesses operate and help create the internet systems of the future. An electronic, decentralised public ledger called a blockchain is created to record each data transaction on its network. Orders, payments, and more may all be tracked through the blockchain network.

It’s time to pull back the curtain and analyze the examples that show how these promises are put into practise.

Spreadsheets appear to be an ever-present annoyance because they are stuffed with data that needs to be handled and audited almost constantly. The crucial part is that, in most circumstances, it is hard to identify the individual who made changes because access to the documents is not properly managed.

Blockchain, on the other hand, distributes these records among the permitted users and records every event or file entry. Every change is open and subject to independent verification by numerous parties, who determine its legitimacy by consensus.

How often have you had to deal with shoddy data that was dispersed across numerous silos? Large databases that compile information from numerous sources typically lack that uniformity. Additionally, legacy systems might not work with new components, which has an impact on the state of the data.

Blockchain changes that by offering a single data source for all data and dispersing the same copy of records among all network participants. As a result, users could quickly and easily retrieve whatever file they needed, without worrying about its quality, which would undoubtedly always be high.

Traceability is crucial since it aids in managing and keeping data. It refers to how quickly the history, location, or use of the records can be determined.

Whatever business you work in, moving assets—whether money or property—is a tedious, protracted procedure that involves numerous interactions between transaction histories and lengthy paper trails. Fortunately, blockchain can help; a digital database that stores ownership proofs on a blockchain register might do away with all paper-based processes.

The Swedish government is already working on a real estate-related smartphone app that would allow users to get information about properties and track transactions when making deals. Depending on each scenario, the functionality should speed up communications and reduce processing times from months to days. Who knows, maybe we’ll discuss a few hours at some point.

Additionally, digitizing data processing could lower government operating expenses, such as administrative fees. Savings could then be dispersed among the populace.

This brings us to transparency. Property rights might be handled more securely because users could only access such information with permission.

Both public and private blockchains are decentralised, encrypted ledgers that users may check and validate. But the key distinction between them is at the technological level.

Blockchain is a distributed, decentralised system where “peer-to-peer” communication is the norm between nodes. There are no authorities or privileges; everyone is entitled to the same rights. Every choice is decided by a majority vote.

The entire idea of financial interactions might be altered by this communal and balanced administration. In essence, blockchain proves that transactions are legitimate. It provides consumers with an objective history of interactions while displaying the data in real-time and recording all entries. History logs are supported by time stamps of included transaction blocks authentication to ensure that there are no questions about the veracity of the financial data.

In 2015, a disastrous hacking attack on a federal database in the United States allowed criminals to access sensitive information like SSNs, job and transaction histories, and even fingerprints. Even though multi-step encryption was unable to save the day, blockchain at least offers superior security.

In order to safeguard public data at the time, the Estonian government established Keyless Signature Infrastructure (KSI). KSI converts data representation to a condensed numeric format using hash values. On a blockchain, hashes are kept as record identifiers. That information is only visible to nodes in the private network, or members who connect to it using government computers.

The blockchain “accepts” a new, immutable hash value whenever one of the files is modified. Records’ pasts are completely transparent, and attempts at falsification from the outside are promptly detected.

Government representatives can trace database changes using KSI, including who made changes, to which records, what modifications were made, and when. While other industries are either just starting to adopt or are still considering the notion, Estonian healthcare has already used KSI in its daily operations with residents’ electronic health information.

After years of development, blockchains can now store any type of data and grant users the right to edit it via self-administering and self-executing scripts that are run by a distributed virtual machine.

Without a question, blockchain has permanently transformed how data is managed within enterprises. Since blockchain is yet under-explored in many areas, new developments may also bring new difficulties.

Ac Repairs That May Be Prevented With Maintenance