Avoiding These 8 Foods Will Help You Sleep Better 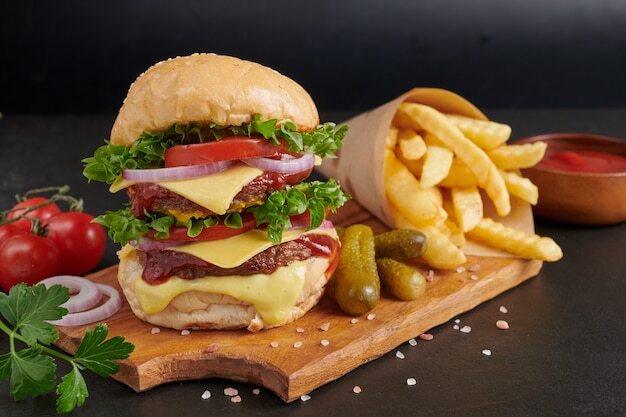 Whether you are trying to get a good night’s sleep or you just want to get to sleep as quickly as possible, you will be glad to know that there are certain foods that you should avoid before bedtime. These foods include alcoholic drinks, spicy foods, carbohydrates, and caffeine.

Even though caffeine is found in millions of drinks, it does not necessarily mean that it will help you sleep better. It can have negative effects on your sleep. It may even interfere with your body’s natural sleep-wake cycle. To avoid the pitfalls of this drug, you should try to avoid its use for at least four hours before bedtime.

One of the most popular caffeinated beverages is coffee. However, a wide variety of foods and drinks contain this substance, including soda, sports drinks, and tea. Some over-the-counter supplements and medications may also contain caffeine.

As a result, it’s important to know the proper dose of caffeine before you consume it. You might be surprised at how much caffeine you’ll need to feel its effects. Rather than rely on caffeine for energy, you might want to take advantage of natural energy boosters.

While caffeine is known to have several positive effects, such as boosting your energy levels, it can also have negative effects. Some of these include increased heart rate, anxiety, and insomnia. In addition, it can take up to 24 hours for caffeine to leave your system, making it difficult to get a full night’s rest.

In addition, caffeine can reduce your slow-wave sleep, which is the deepest and most restorative part of the sleep cycle. This means that if you drink it before going to bed, you’ll be left feeling drowsy and sluggish when you wake up.

Keeping a low-carb diet may influence the quality of sleep you get, according to a study. The study, which involved 36 young adults, looked at the effects of dietary fat, carbohydrates, and protein on sleep.

The results showed that the group that ate a carbohydrate-rich meal before bed slept significantly shorter than the other groups. It also found that the participants who consumed a high-glycemic index beverage before bed had increased arousal during the night, which impacted the quality of their sleep.

There was also an increase in serotonin levels and sleep latency times after a high carbohydrate diet. The group that ate a carbohydrate-rich snack in the evening had a reset of their circadian clock. Interestingly, the carb supplement group woke up less than the placebo group.

The high-carbohydrate group metabolized the amino acid tryptophan more efficiently than the low-carb group. Tryptophan is a precursor to the alerting brain chemical serotonin. It is produced in the gut.

The carbohydrate-rich snack resets the circadian rhythm and helps keep blood sugar levels in check. It also helps the body digest and absorbs nutrients. It is recommended to consume this snack in small amounts.

Whether you’re a recovering alcoholic, or just have trouble getting to sleep, avoiding alcohol is a great way to improve your sleeping habits. Not only does it have a sedative effect, but it can also dehydrate you and interfere with your body’s normal sleeping cycle.

The effects of alcohol on your sleep are most obvious six hours before you go to bed. It can also affect the quality of your sleep, making you tired the next day. It can disrupt your circadian rhythm and even trigger parasomnic behaviors, like sleep-disordered breathing or urination.

If you drink a lot, you’re more likely to have sleep problems. The reason is that the alcohol in your system slows your brain’s processing and decreases your REM sleep. It can also lead to vivid dreams and nighttime nightmares.

This is because the effects of alcohol are temporary. Typically, people will toss and turn while they’re processing the alcohol in their systems. The resulting lack of restorative sleep will make you want to drink more.

Drinking alcohol can also increase the risk of developing obstructive sleep apnea, a sleep disorder that causes frequent wakings when airways collapse. It can also cause problems with REM sleep, the deepest stage of sleep. Insufficient REM sleep has been linked to an increased risk of disease and early death.

Taking spicy foods before bed can be bad for your sleep. They can cause problems like heartburn and acid reflux, as well as increase your body temperature. This can make it difficult to fall asleep and get restful sleep.

Taking spicy foods before bed can affect your metabolism, causing your body to burn more calories. They also make your blood sugar levels rise quickly, which can be unhealthy. You may also feel nauseous after eating them. Use Kamagra oral jelly australia and Cenforce to defend against health issues

Another problem with spicy foods before bed is that they are difficult to digest. You need to give yourself at least two or four hours to break down the food. If you eat spicy foods too close to bedtime, you may be awake all night, and you’ll end up not getting a good night’s sleep.

One of the main reasons why people avoid spicy foods before bed is because they can cause heartburn. These meals can also make you bloated. They can also make you uncomfortable when lying down, and you may find yourself getting up frequently to get to the bathroom. If you have an underlying medical condition, such as heartburn or acid reflux, you may be able to benefit from avoiding spicy foods before bed.

It’s also important to avoid alcohol before bed. It disrupts the second half of your sleep, which includes rapid eye movement (REM) sleep. It can also cause you to have bizarre dreams. You should talk to your doctor about these unexplained symptoms if they interfere with your sleep.

Keeping your head in the sand can be a challenge. A little knowledge and a little savvy can go a long way in ensuring your slumbers are well deserved. With that said, here are some of the best tips and tricks for taming the sleepy beast. One of the better ways to do it is to avoid caffeine before bedtime.

Not only will it make for a restful sleep, but it will also ensure you have less headaches during the day. There are even a few foods to avoid the night before.

It is worth noting that a nightly snack of kale and quinoa is a no-no on nights when you plan to sleep in. While the above-mentioned meal might be tasty, it is not conducive to a better night’s sleep. The same can be said of meats and poultry, which are a no-no for night owls.

On the other hand, the aforementioned quinoa can be had in the morning. Fortunately, a healthy breakfast will ensure that you are a happy and fit horde by lunchtime. Read More

The Best Way To Shape Up Your Body More Quickly

What does the phrase “cocoa spread” actually mean?